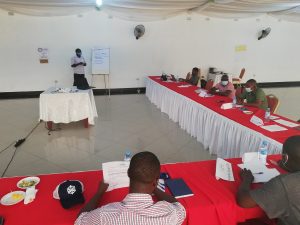 Throughout almost 20 years working in ophthalmological cooperation for development, and once various gender diagnoses have been carried out in different countries, Eyes of the world has found that women have fewer access to cataract surgery than men and that they have a worse prognosis.

The causes of these inequalities have as their starting point the gender cultural patterns of each territory, which often lead to gender-based violence. A violence that, in addition to being sexual, physical and psychological, also involves threats and arbitrary deprivation of freedom and management of family financial resources.

In the case of eye health, many women do not have access to the economic resources of the family unit with equal rights as men and cannot receive the ophthalmological treatment they need; furthermore, they do not have enough time for personal care, due to their superior dedication to caring for the family.

These situations have devastating consequences for the women who suffer them and also for their respective families and communities. Fighting them implies breaking down prevalent cultural patterns in societies, which allow the control of women by men, and transforming sexist attitudes and behaviors. This contributes to the construction of fairer societies in which men and women enjoy the same rights and collaborate for the good of the whole family.

As an example, in Mozambique, thanks to the support of the Catalan Agency for Development Cooperation and the Barcelona City Council, in November 2020 a training session was held for Community Health Agents from the province of Inhambane. The training was given by the Red Homens pela Mundaça, whose mission is to implement actions that challenge negative masculinities in Mozambique.

The objective of the course was to provide the knowledge and resources so that health agents (who are the professionals closest to families in the poorest areas of the province) can combat gender-based violence by raising awareness about diseases and health promotion with equal rights; and contribute, in this way, to increasing the access of women from one of the most vulnerable districts of Inhambane, Vilankulos, to eye health services and ophthalmic surgery.