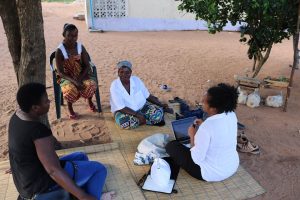 Gender equality is one of the main principles in Eyes of the world’s activities. Faced with the lack of data about gender roles’ effect on eye healthcare for women in Inhambane (Mozambique), Eyes of the world decided to carry out a gender diagnose. Our goal has been to identify the hindrances that prevent Mozambican women and girls from benefiting from ophthalmologic services. We also aim to set an alternative for improvement.

The report, commissioned by Eyes of the world and funded by Barcelona’s municipality, was led by Guillermo Martínez-Pérez (professor at the University of Zaragoza and president of the AfWORO: African Women’s Research Observatory) and the anthropologists Brigitte Bagnol and Lara de Sousa. In order to prepare our report, groups of discussion, in-depth interviews and informal conversations were held in Funhalouro, Homoine, Jangamo, Massinga, Maxixe, Panda and Vilankulo’s communitary and sanitary areas. 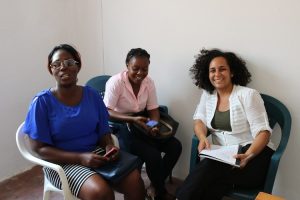 Among the results of our diagnose, we confirmed that traditional gender roles give men the role of domestic provider and finance controler, and also the power of taking relevant decisions about treatments, hospitalizations and surgeries. On the other hand, women take care of the domestic sphere. Women suffer a lower level of schooling as well, which often makes them feel inferior. In spite of the rise of traditional female leaders, some of them don’t accept the offer to become one because of lack of information, fear of becoming a victim of sorcery or a feeling of inferiority towards men.

We have also come to several conclusions about eye health, followed by its corresponding recommendations to achieve gender equality in terms of access to eye healthcare in that Mozambican region:

Available resources: although there are primary healthcare professionals in Inhambane’s communities, most patients see the traditional physicians, or curandeiros, as their first option.

Access barriers: ignorance about the loss of eyesight, poverty, lack of sanitary infrastructure and transportation, occasional political conflicts, fear of surgery and preference for curandeiros.

Differences in treatment: in spite of the equal application of protocols in eye health services, many health professionals are still taking for granted that women don’t understand medical advises or can’t explain the reason of their visit. They’re also very keen on female patients being accompanied by men, and asking for their husband’s permission to undergo surgery.

For the reasons given above, Eyes of the world deems it necessary to integrate, strengthen and divulge the gender perspective in our planned actions in the Eyes of Inhambane project, both with political actions forcing Mozambican sanitary authorities to undertake the guidelines drawn from the report, and with the activities planned in the project of eye health cooperation.