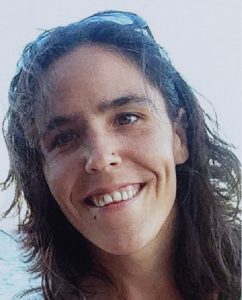 María Tavera has been a part of the Eyes of the world team for more than seven years. She has spent most of that time as an aid worker in a refugee camp for Saharan people in Tindouf (Algeria). Thanks to its permanent presence in situ, the Eyes of the world project has been able to achieve important results in terms of eye health among Saharan refugees, especially women and children. María takes pride in her accomplishments so far, but she says she intends to keep working for real gender equality in refugee camps.

With her characteristic tenacity and commitment, María’s aim is to guarantee the right to eye healthcare for Saharan refugees. No doubt, she’ll spare no effort in attaining that goal.

I have been a coordinator since July 2011. I discovered Eyes of the world when looking for information on refugee camps. I found their website and I thought it would be very interesting to work with them, being already aware of eye health problems in those camps.

I coordinate the Eyes of the world project in Sahara and I manage part of the Foundation’s internal development and gender training programs. 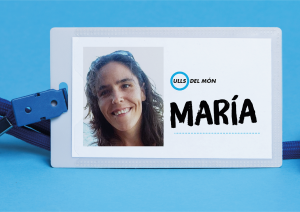 How would you describe the situation for women in Tindouf refugee camps? Is there any gender policy there?

There are no strict and well-defined gender policies in those camps. Saharan women sometimes have their rights violated (as in other parts of the world). The situation for women in Saharan refugee camps is conditioned by their country’s culture and tradition. Although women play a central role in everyday life at the camps, they are restricted by gender roles.

In your experience, what are the main challenges women face regarding health? What would you propose as a solution?

Family responsibilities are a major drawback when it comes to women accessing eye healthcare. Besides that, women who stay in the domestic sphere lack a lot of information.

You certainly must have plenty of stories to tell. Which one had the biggest impact on you?

A positive anecdote was the first time I saw a congenital cataract surgery being performed on a child. The next day, the bandages on both of his eyes were removed and he could see for the first time.

Unfortunately, other situations are much more difficult. For example, when you can’t do anything to help someone who comes to you, because of a lack of personnel or means or because it’s too late and the disease is so advanced the only thing you can do is to apply palliative treatment.

If you could make one wish, no matter how impossible, to improve gender equality in refugee camps, what would it be?

My wish, not only for the camps, would be that all women knew and exercised their rights, fully and freely. I wish we, men and women, would work together to improve the empowering of women. I’d like schools to teach feminist values.

Tell us three words that, to you, best describe the Foundation.

How do your feminine eyes see the future?

I see the future as a society where men and women work together to eradicate any kind of discrimination against women, where human rights are central to all political and social decisions.