The donation of ophthalmologic equipment to the Hospital of Tarija 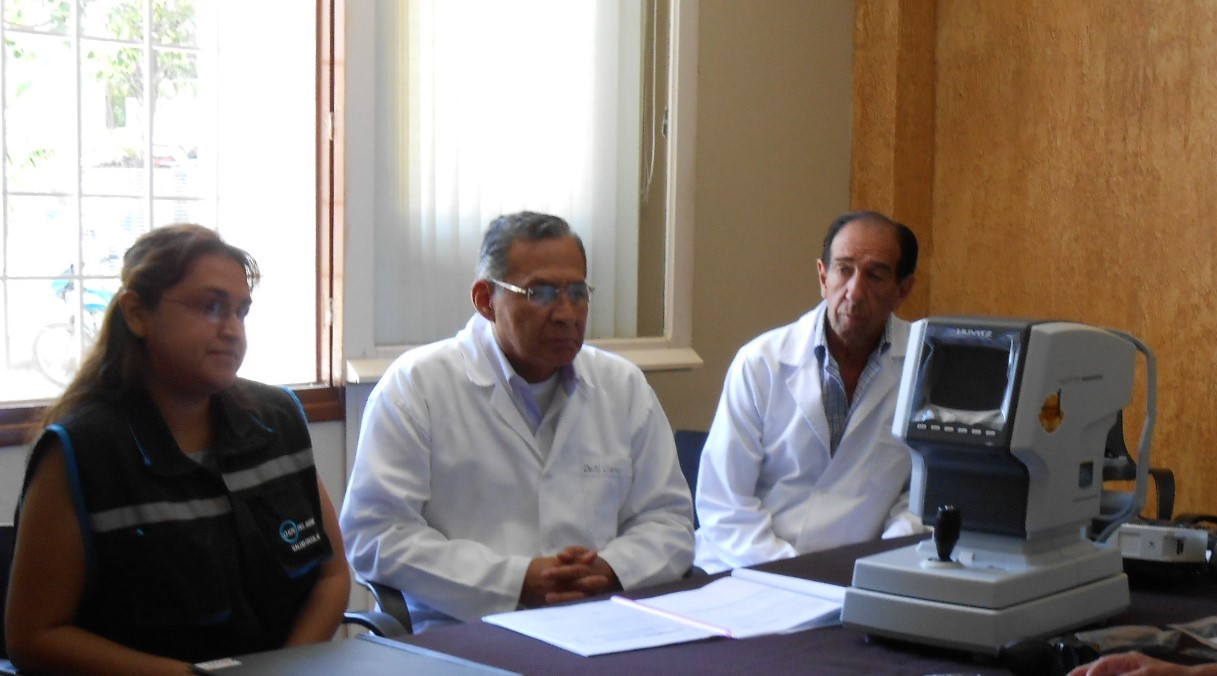 Last 27th February, Eyes of the world, within the framework of the inter-institutional agreement it has with the authorities at the Department of Tarija, commenced delivery of ophthalmologic equipment for the operating theatre at the Saint John of God Regional Hospital in Tarija. Delivery was completed during April and May. Departmental Authorities, the Hospital Director, and local personnel from Eyes of the world in Bolivia took part in the donation ceremony.

The objective of the Eyes of Bolivia program is to replicate the model of ophthalmologic prevention and treatment implemented in recent years at the city of El Alto, and its rural surroundings, in The Tarija Department. As reported by Eyes of the world in 2013, the population in this region has difficulties in accessing ocular checkups and, in particular, surgical care.

The Eyes of Bolivia program has the support of Christoffel Blindenmission (CBM), Light for the world, Repsol Foundation, and ONCE Foundation for Latin America.