Women and minors, main work focus of the Foundation in Mali 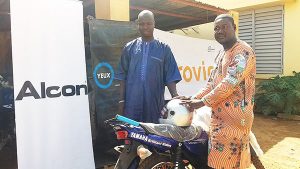 In February, the team of Eyes of the world based in Mopti (Mali) implemented the following activities aimed to improve the access of the Malian population to eye care:

The Project Eyes of Mali counts with the support of the Kutxa Foundation, and in the month of February, has also benefited from the donation of medical equipment by AZ Medical. More specifically to the referral centers of Bandiagara, Bankass, Djenne, Douentza, Koro and the Somine Dolo Hospital in Mopti.